Why I am not breastfeeding

This topic is a hard one. I have to admit, when I was pregnant I knew I was going to breastfeed and that was final. I remember walking down the isles at Target with the baby-registry scanner adding items to my list. I came across a cute formula holder and thought to myself, oh that’s cute but I will never need that. As I walked to the breast pumps to scope out the best one. I did not cast judgment on people who used formula, but I knew that would not be me. Some moms would tell me how it was what was best for my baby and I knew that. Some moms would tell me how it is hard in the beginning but to keep pushing through it. I had information streaming from every direction.

When Finley was born I held her for about 5 minutes before she was sent down to the NICU. After that, I could not see her for 24 hours due to being on Magnesium. She was 6 weeks early because of my preeclampsia. So, my blood pressure was sky-high and they needed to monitor it for the 24 hours after birth. That meant not getting out of bed and unfortunately, not seeing Finley. Not the ideal birth story you read about on Pinterest.

In the NICU they fed Finley donor breast milk. This was amazing! Their donors go through a severe screening process. So, for the first 5 days, she had donor milk from a bottle. After 5 days, they switch to formula. I would go down down the NICU and I tried my best to breastfeed during her stay. However, she was 6 weeks premature so it was a little harder for her. I had to use a nipple shield for her to even latch at all. We would feed for 30 minutes and then supplement with donor milk. Days 6-7 we supplemented with formula. I was very hesitant to switch to formula at first, but we had no other option. I was not producing enough right away because my body had not been ready to give birth that quickly and Finley was not fully ready.

I remember getting so excited when I pumped 1/2 an ounce. It was truly a proud mom moment. Once we got home from the hospital I tried to pump as much as I could. I breastfed Finley and we would supplement with formula. However, each feeding was a struggle. When I say struggle, I mean Finley and I were both in tears. Every. Single. Feeding. She had been so used to using a bottle with the donor milk, so she would not latch without the shield. And the shield was a whole other struggle. I was so discouraged and I did not understand why. One particular feeding took almost two hours. I knew breastfeeding was what was best, so why was it not working? Was I a bad mom for feeling this way? Was I not trying hard enough?

When we started our Pediatrician visits Finley weighed 5 pounds 4 ounces. As we continued to go, our pediatrician was a little worried because she was not gaining weight like she should have been. We had to start going weekly for weight-checks. What we came to find out, was that I was not producing enough so when I was breastfeeding she was not getting as much as she needed. We made the hard decision to go strictly to formula. Mom guilt is real, Y’all. I never thought this would be me. I thought I was failing my baby. But you know what? After being on formula for a couple of weeks, she gained weight rapidly. I am happy to report that she is now on the percentile chart when they had previously said it would take her months.

In the end, you have to do what is best for YOUR baby. Do not let anyone influence your decisions as a mom. You know your baby better than anyone. I am THAT mom who feeds her baby formula and I am proud of it. I am proud because I am doing what I need to do for my baby to be healthy!

(And yes, I went back to Target to get the cute formula holder 🙂 )

Keeping up with the Littlefields 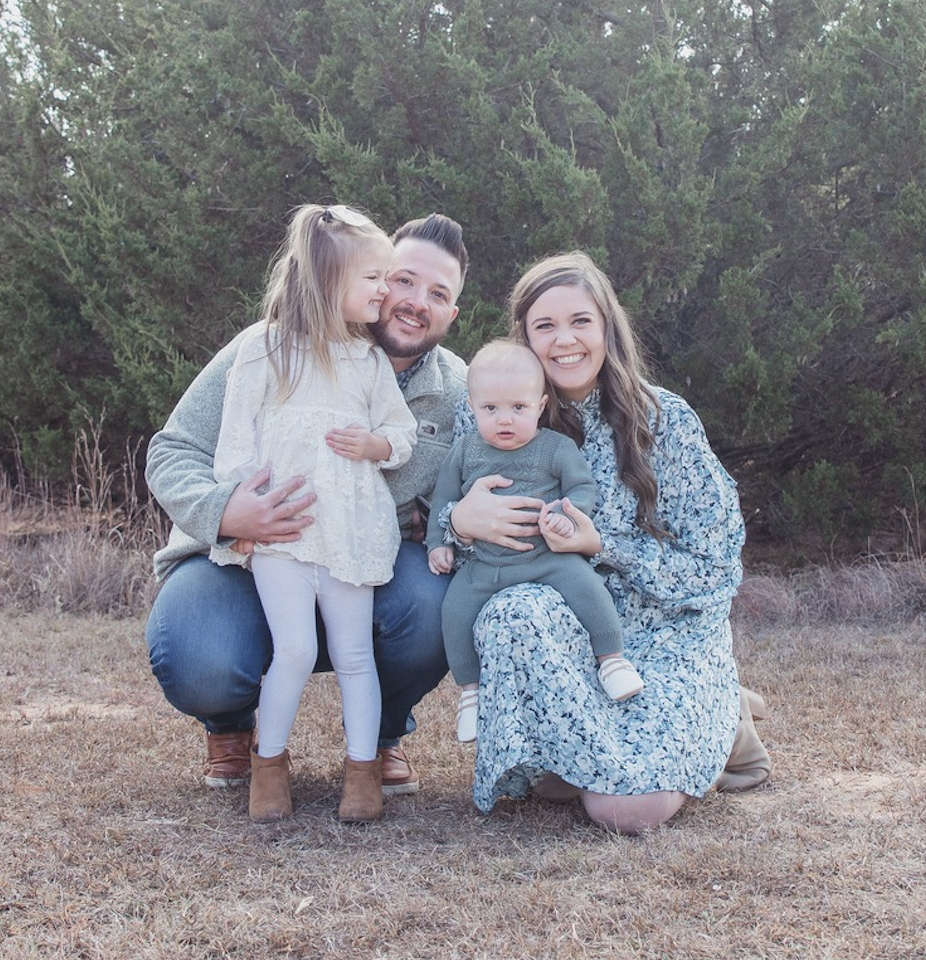